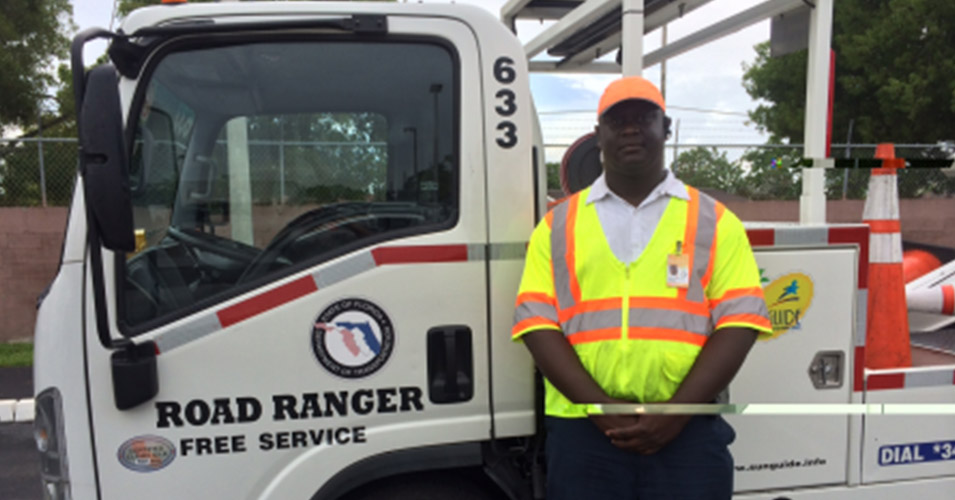 The District Six Intelligent Transportation Systems (ITS) Office is honoring Fabrice Saint-Louis with the Road Ranger of the Month Award for June 2014.

Mr. Saint-Louis has been with the Road Ranger Program for almost seven years. He patrols Miami-Dade County’s highways helping stranded drivers get back to safety and supports incident managers with large-scale events. Mr. Saint-Louis was selected for this award because of his hard work and dedication. His supervisors noted that he logs the most traffic events on a daily basis and shows outstanding leadership abilities on the team.