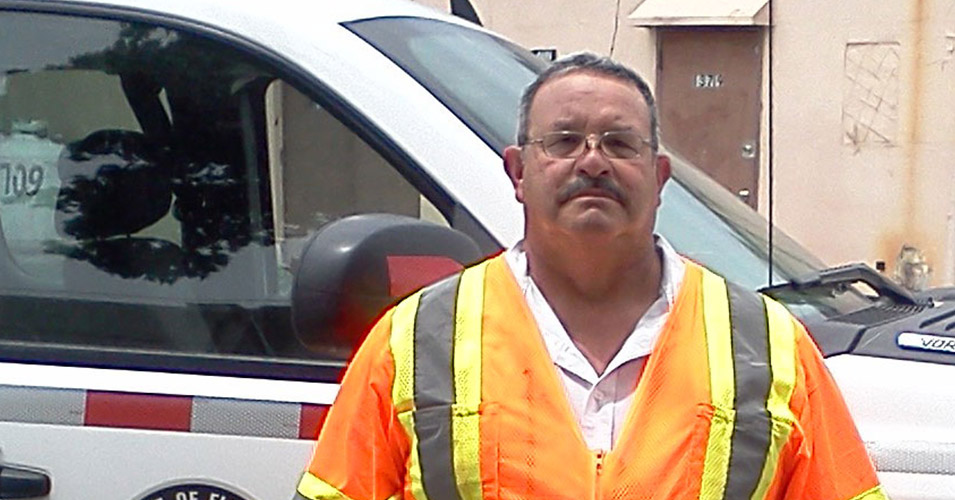 Osvaldo Figueredo was selected as Road Ranger of the Month for his exemplary performance during June 2012.

He began work as a Road Ranger in Jan. 2012. Ever since, he has patrolled Interstate 95 (I-95)’s general purpose lanes in a pick-up truck, assisting stranded motorists and incident responders in need. He said he was surprised by his selection as Road Ranger of the Month, considering there are several other Road Rangers on the team who do a great job and have been a part of the team longer. His supervisors thought it was a no-brainer, though. “He works hard out there, and he treats everyone with courtesy and respect,” said his supervisor. “He definitely deserves this award, and probably more of them.”