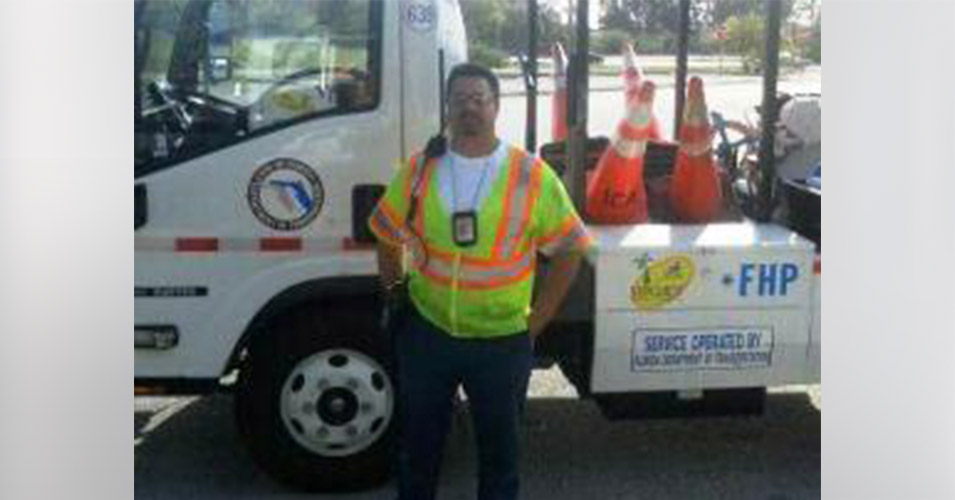 Joseph Gross was selected as February’s Road Ranger of the Month for his wide-ranging motorist assistance and incident management capabilities.

He has been on the job for three years and is one of the few Road Rangers who patrols both FDOT and MDX highways, including 95 Express, Interstate 95 and State Road 836. He says he enjoys the variety of his work and credits the public for fueling him to continue to do his job despite its given challenges. “They think we are angels out there,” he says, “drivers are always very happy to see us and that is gratifying to me.” It is this appreciation for the people he helps, coupled with his ability to work well under pressure that made him the perfect candidate to work on the 95 Express Lanes, which one of the city’s most highly-traveled corridors.

FDOT is proud to have such a highly-committed Road Ranger patrolling our roadways and keeping our drivers safe. His dedication makes him an outstanding example of our agency’s mission to provide drivers with a safe and efficient transportation system in southeast Florida.