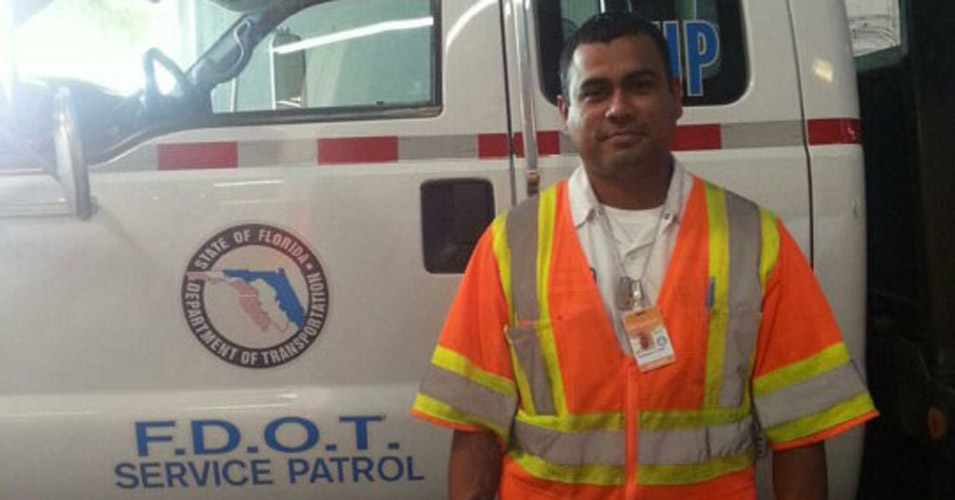 Guillermo Ubila is the Road Ranger of the Month for March 2013.

Mr. Ubila has been a Road Ranger Service Patrol for less than one year and mainly patrols Interstate 95 and State Road 826. Ubila says he enjoys the daily functions his job entails because it allows him to help people in need.

He says that besides assisting motorists, he particularly enjoys the incident management aspect of his job since it is helping him move toward his ultimate goal of becoming a law enforcement officer. He enjoys working alongside Florida Highway Patrol and other emergency responders because he gets to provide meaningful relief to our highways.

Mr. Ubila was nominated as Road Ranger of the Month by his supervisors for his outstanding contribution to the program.

Congratulations, Guillermo and keep up the great work!