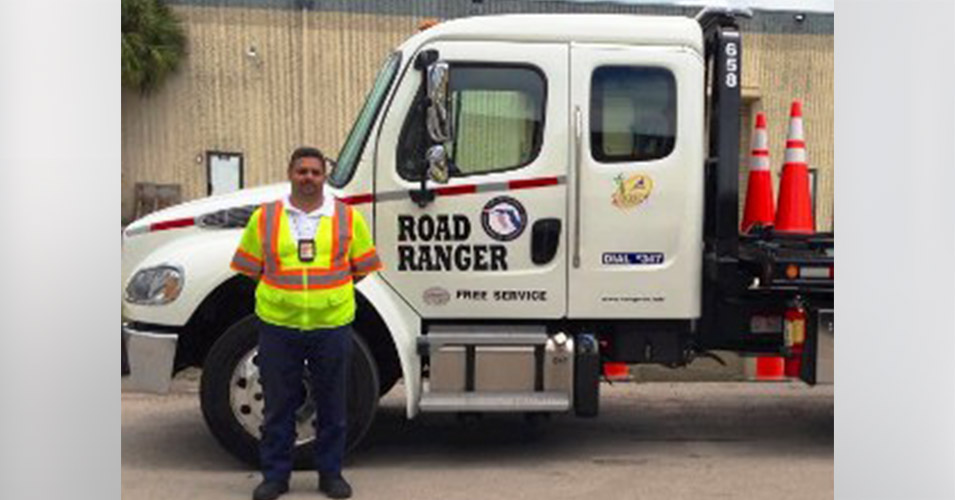 The District Six Intelligent Transportation Systems (ITS) Office is happy to announce that Mr. Joseph Gross is the Road Ranger of the Month for August 2013.

Mr. Gross has been a Road Ranger Service Patrol Operator for about three years and patrols Interstate 95’s express lanes and general purpose lanes. Part of his duties include assisting motorists in need as well as coordinating with law enforcement officials on incident management efforts.

He was nominated as Road Ranger of the Month by his supervisors for his punctuality and his ability to motivate fellow co-workers. Managers commended him for always arriving early and making himself available to help cover open shifts. Mr. Gross also received his hazardous materials endorsement.

Congratulations, Joseph and keep up the great work!