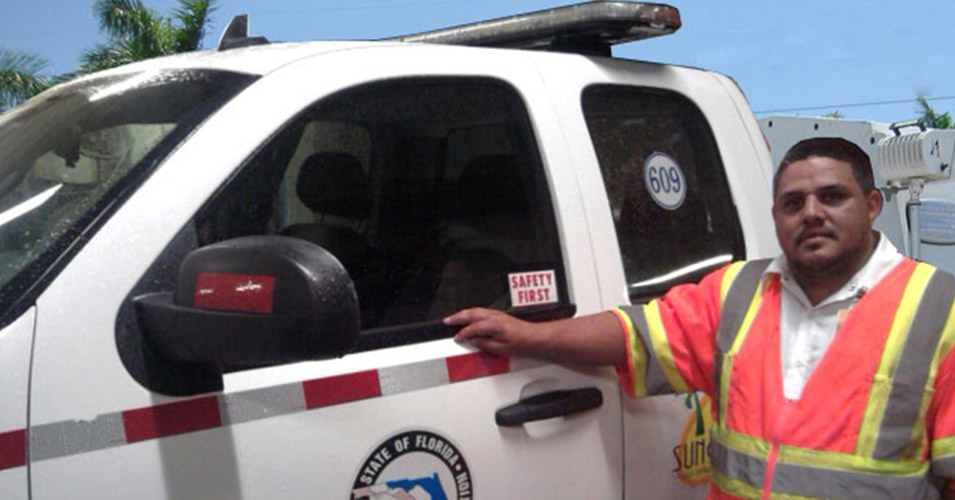 Rafael Rivera was selected as Road Ranger of the Month for his exemplary performance during July 2011.

He has been a Road Ranger for nearly a year now, and already, has made a positive impact among his supervisors and co-workers. He usually works the night shift on Interstate 95 (I-95), driving a pick-up truck up and down the facility to help keep it clear of obstructions. His supervisors and co-workers say Rivera is like a leader to his peers, and he leads by example. Instead of just reacting to incidents, Rivera is proactive in locating and solving them before they become bigger issues. He does so because he understands that what he does as a Road Ranger may only seem to affect the life of the one motorist he assists, but it plays a much bigger role in keeping South Florida’s roadways clear, safe and efficient for the thousands of motorists using it daily.