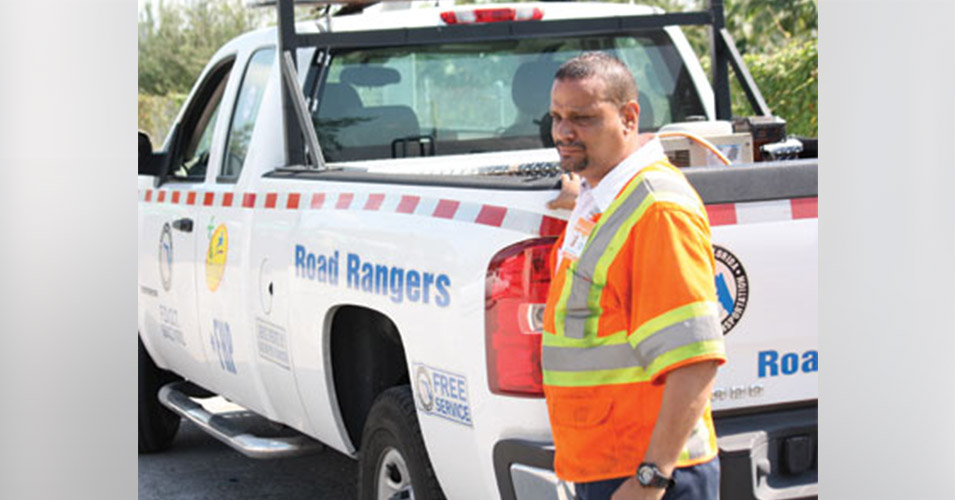 Out of the thousands of stranded motorist assists he’s handled during his nine-year experience as a Road Ranger, Israel Sanchez will never forget the one he encountered about two weeks ago on Interstate 95 (I-95).

It was almost midnight when Sanchez noticed the stranded motorist on the right shoulder of I-95 southbound, just before the exit to State Road 836 westbound. After stopping to assist, he learned the citizen was on his way to Jackson Memorial Hospital for a kidney transplant; the citizen got word of an available kidney earlier that day and had only a few minutes to arrive at the hospital, or the kidney would be given to the next patient on the waiting list. “Some people wait for a new kidney for 10 years sometimes, so I wanted to make sure he made it to the hospital on time,” Sanchez said. “I think I changed that tire in about a minute.” Indeed, the motorist said Sanchez changed the tire as if he were “on a NASCAR pit crew,” which allowed him to make it to the hospital on time and receive his kidney transplant. “I would probably not be alive today,” said the motorist when thinking what could have happened had Sanchez not shown up in the nick of time.

For his heroic effort, the Florida Department of Transportation (FDOT) District Six Intelligent Transportation Systems (ITS) team selected Sanchez as Road Ranger of the Month for August 2011, becoming the first Road Ranger from the district to win the honor twice. Join us in commending him on not only his award, but on his continuous dedication to excellence in keeping South Florida’s roadways clear, safe and efficient.