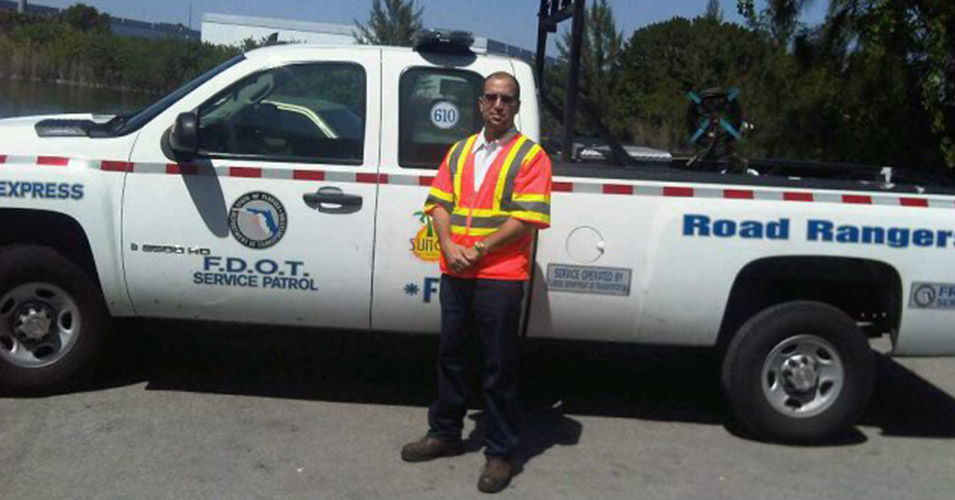 Rolando Lazo was selected Road Ranger of the Month for his exemplary performance during February 2011.

Lazo began patrolling District Six’s roadways as a Road Ranger about a year ago. He can be seen driving a pick-up truck on State Road 826 or Interstate 95 (I-95). He likes being a Road Ranger because it lets him enjoy the Miami weather while helping people. He is a team player who puts the safety of his customers as his number one priority, and that mindset helped save the life of a driver on I-95. Patrolling I-95 on a February afternoon, he noticed a vehicle pulled over with smoke emitting from its engine. Lazo immediately stopped to check the vehicle and noticed two motorists inside. The passenger was able to get out of the vehicle easily, but the driver’s seat belt was stuck, and he was unable to get out. Lazo’s instincts for safety took over, and he cut the driver’s seat belt to set him free. Moments later, the vehicle caught fire. “The driver told me I saved his life,” said Lazo. “I told him not to worry about it, though. I’m just doing my job.”