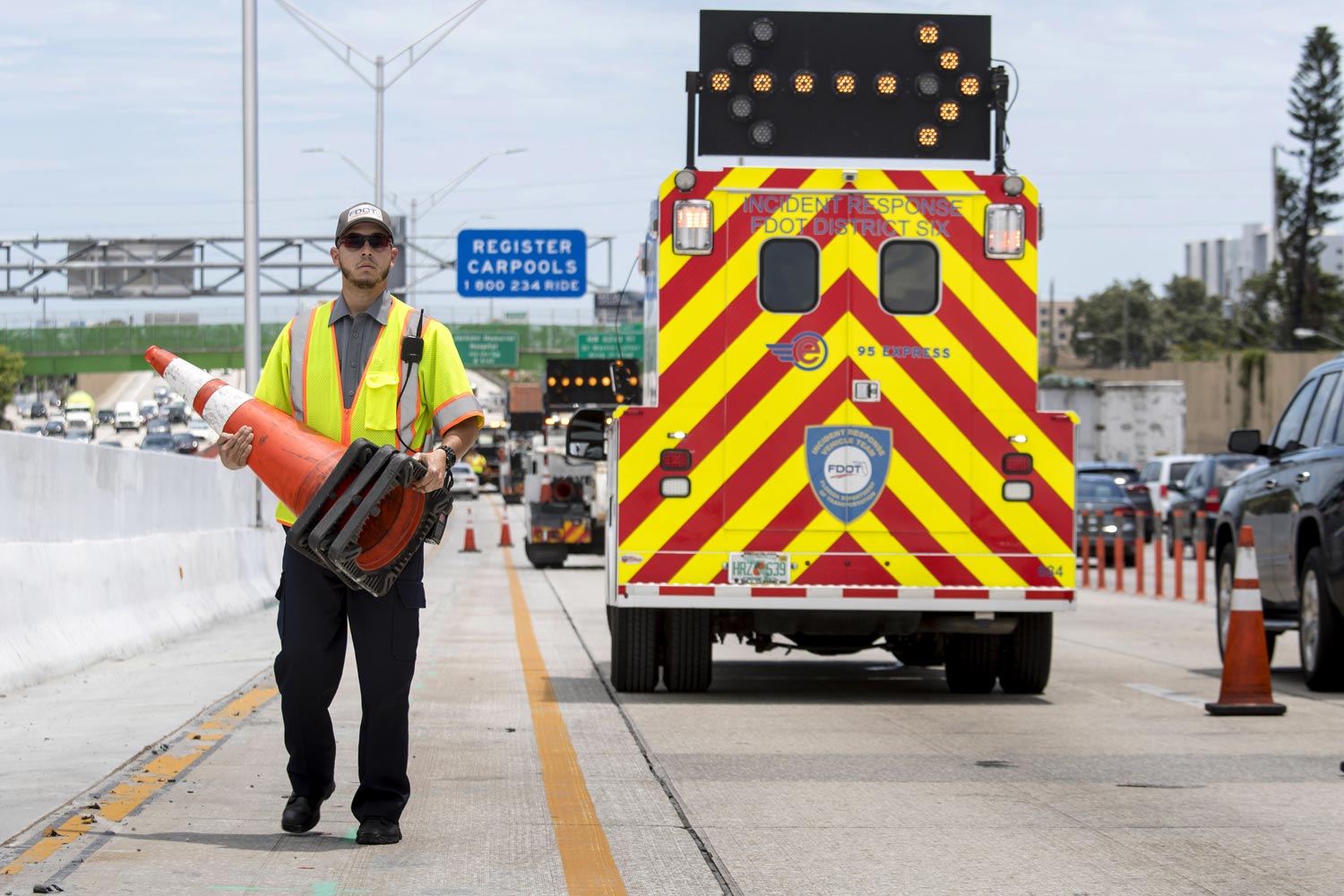 The project launched during the summer and installed this new technology on the District’s Incident Response Vehicles (IRV) to connect them with traffic navigation applications like Waze. The goal is to provide an additional layer of traveler information and prompt drivers to slow down or move over a lane near incident scenes. The one-minute video provides a detailed overview of how the project works in the field. The technology is installed on the IRV truck’s arrow board and an alert is sent to nearby users upon activation. The alert is received on the motorist’s mobile devices via voice prompt. The project video was produced for educational purposes. It is being used by FDOT Central Office to showcase the pilot project to other Districts for potential expansion. The video is also used by the District for its own incident management and public outreach efforts. Producing project materials like this helps to educate the public about the innovative strategies that are making our roadways safer and more efficient.

Check out this and other project videos on the video gallery section of SunGuide.info here.