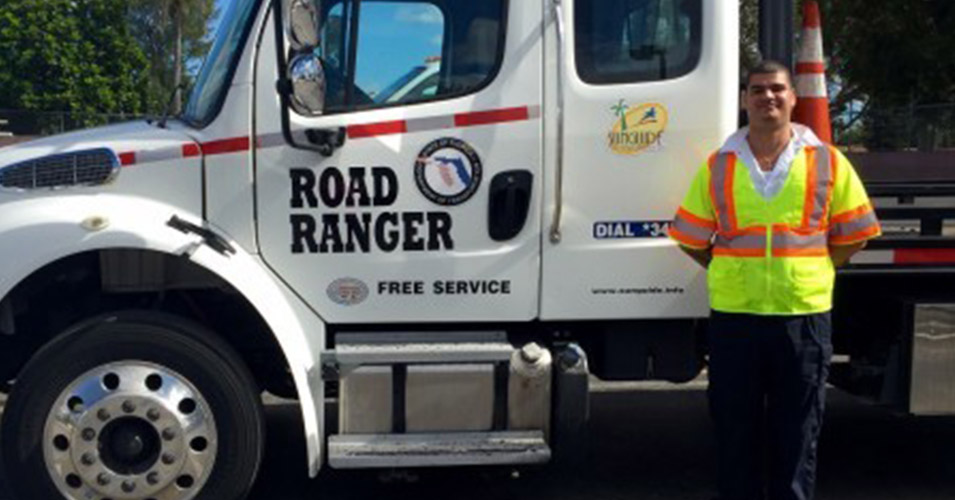 The District Six Intelligent Transportation Systems (ITS) Office is happy to announce that Mr. Jorge Brena is the Road Ranger of the Month for December 2014.

Mr. Brena is the newest addition to the Road Ranger Service Patrol Team. Mr. Brena was selected for this honor because with only nine months on the job, he has shown tremendous growth in his role and has quickly become an asset to the team. Mr. Brena has received numerous praises from the drivers he has helped on the road and his supervisors consider him to be a rising leader in the team.

Thank you Jorge for the brave work you do every day!