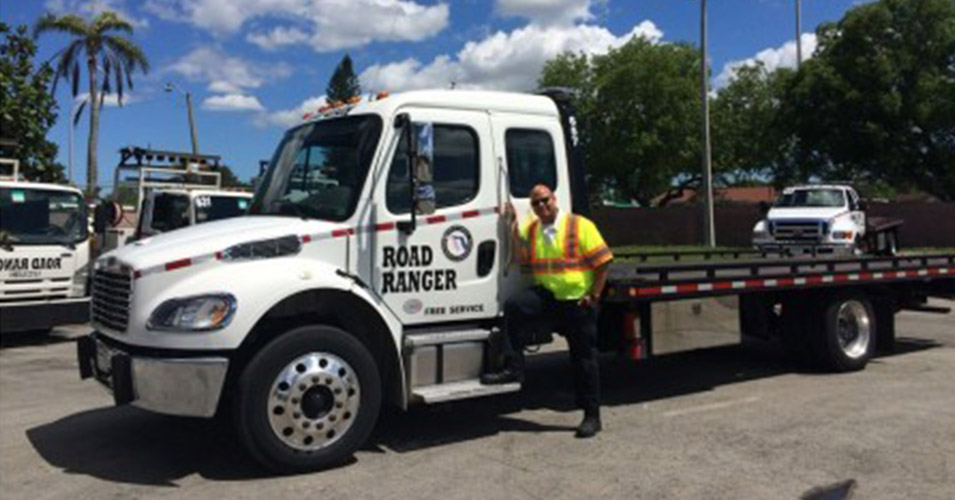 The District Six Intelligent Transportation Systems (ITS) Office is proud to announce that Mr. Manuel Diez is the Road Ranger of the Month for April 2015.

Mr. Diez has been an FDOT Road Ranger Service Patrol since 2005. He joined District Six from the District Four team nearly two years ago and has been an asset ever since. His vast experience in the field quickly showed and he was promoted to Supervisor shortly after joining the District. Mr. Diez enjoys being part of a team that helps others and credits this as his favorite part of the job. He takes pride in knowing his work is contributing to the safety of the public and of his fellow Road Rangers as well.

Thank you Manuel for the brave work you do every day!