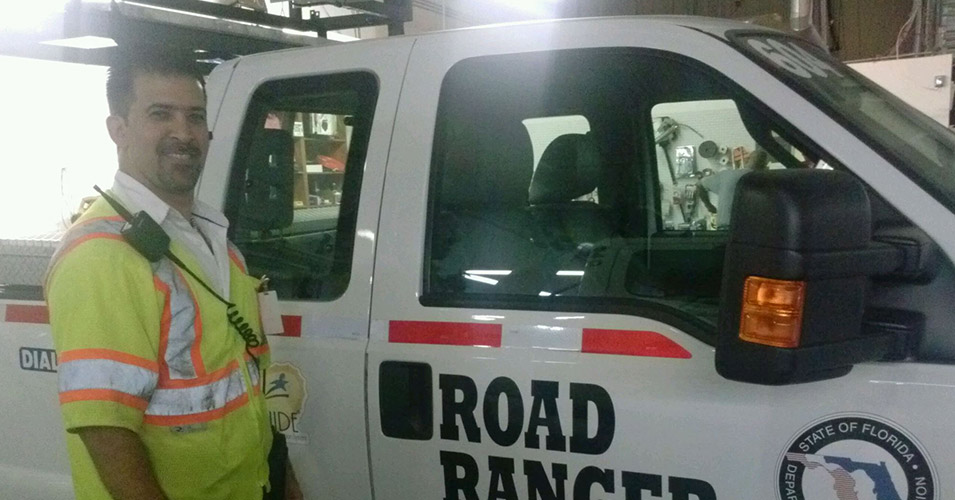 The District Six Intelligent Transportation Systems (ITS) Office is honoring Ernesto Padilla with the Road Ranger of the Month Award for April 2014.

Mr. Padilla has been a District Six Road Ranger for almost three years. He provides motorist assistance on all the District’s highways during the night shift. He was selected for his outstanding dedication and impeccable attendance record. His supervisors said Mr. Padilla is a team player and excels at his duties.

Mr. Padilla said he enjoys his work and the ability to help motorists get to where they need to be safely.

Keep up the great work, Ernesto!