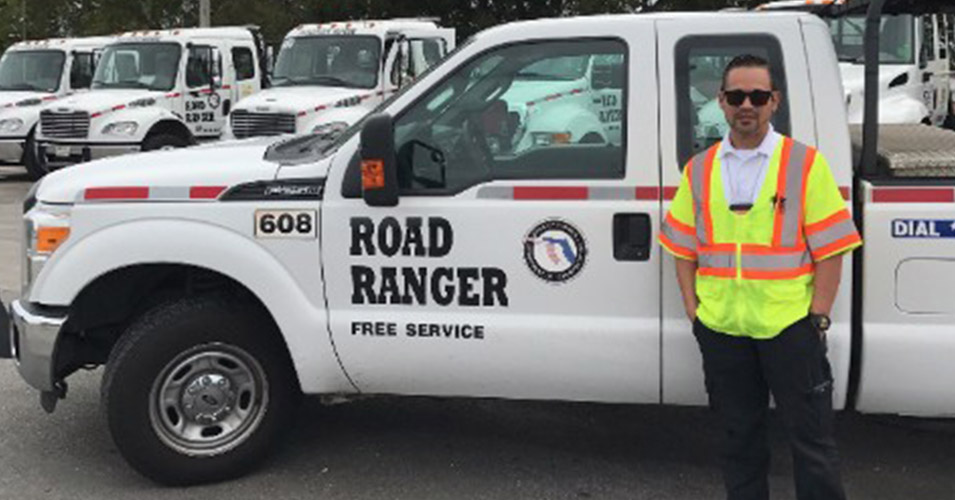 The District Six Transportation Systems Management & Operations (TSM&O) Office is proud to announce that Mr. Christopher Roman is the Road Ranger of the Month for October 2016

Mr. Roman has been a District Six Road Ranger for about a year and patrols all District Six roadways. He was chosen for this award because of outstanding work ethic and great attitude.

Keep up the great work, Christopher!