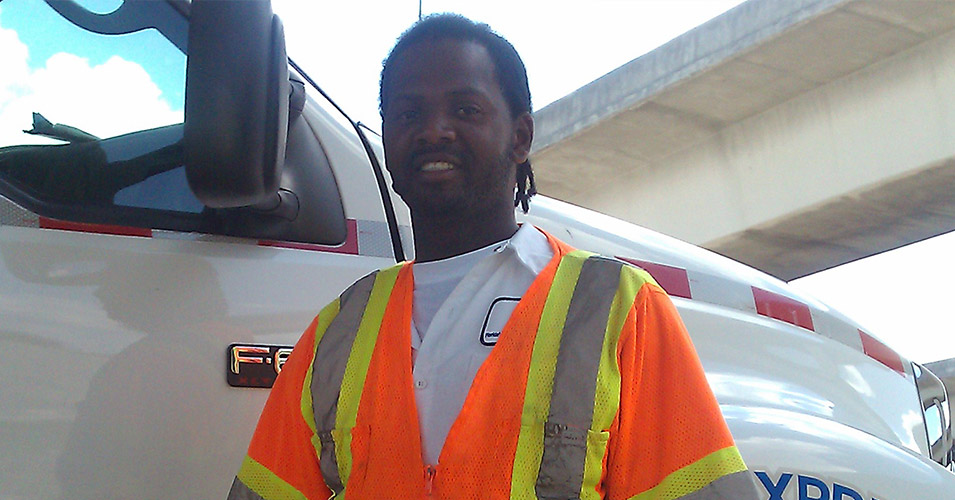 Allister Coke was selected as Road Ranger of the Month for his exemplary performance during April 2011.

He has worked as a Road Ranger for nearly three years, and normally operates a tow truck or flatbed on Interstate 95 (I-95) or State Road 826 (SR 826). He says helping people in distress has been in his blood even before he became a Road Ranger. About a week before interviewing for the job, he stopped on an expressway to help an elderly gentleman whose vehicle had run out of fuel. It is just in his nature, he says. And now, he is aware that there are others like him – his fellow coworkers on the Road Ranger team. “There are some good people on this team,” he says. “We always communicate with each other and help each other to keep people moving.”