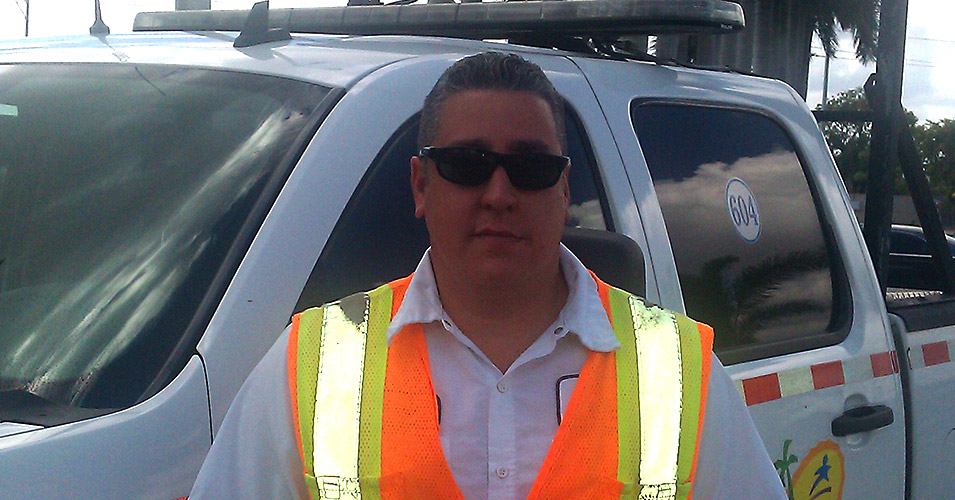 Arnel Herrera was selected as Road Ranger of the Month for his exemplary performance during February 2012.

He has been a Road Ranger for more than three years now, but even after all these years, his dedication to maintaining highway safety has not wavered. He patrols the Palmetto Expressway/State Road 826 in a pickup truck or tow truck, but can help along other roadways as needed. Herrera says he loves to help others, so being a Road Ranger was something that came naturally to him. Since starting his Road Ranger career, he says he has a newfound appreciation for safety because of the crashes he sees on a daily basis. “Everyone I help, I tell them to be safe on the roadway,” he says. “I have seen some crazy things, and every day, I do my best to put safety first and prevent bad things from happening to good people.” He added that being selected February’s Road Ranger of the Month is “major” for him. “It is amazing. It is very rewarding.”